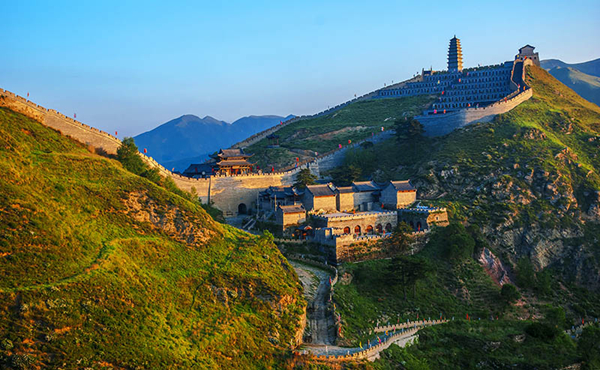 Yanmen Pass is about 1 kilometer long, and its wall is about 6 meters high. The fortress, with its three gates, is filled with stones and faced with bricks. It was a strategic choke point and military stronghold in ancient China, controlling access between the valleys of central Shanxi and the Eurasian Steppe.

The Yanmen Pass scenic area covering 30 square kilometers is the ruins of ancient Yanmen Pass and its stretch of the Great Wall. The frontier of magnificent landscapes and relics of ancient structures there, including beacons, towers and forts, attract many visitors every year.

In 2017, Yanmen Pass scenic area was rated as a national 5A tourist attraction.